The analytical performance is demonstrated in the example to the right: 18O/16O isotope ratio analysis in synthetic quartz.

Using a standard system, the measurement time for statistical precision better than 0.4 permil could be could be >3000 sec. This is significantly reduced down to 56 sec using the pseudo bi-collection mode.

This configuration uses a double Faraday cup detector system, electron multiplier and a fast mass peak switching system, which is as fast as 0.3 sec at high mass resolving power. 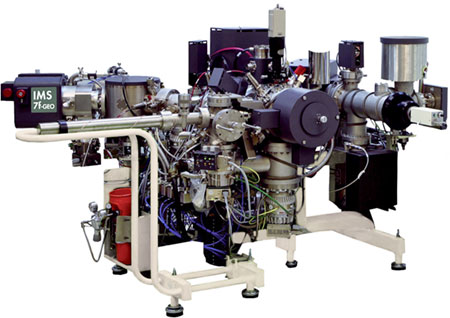 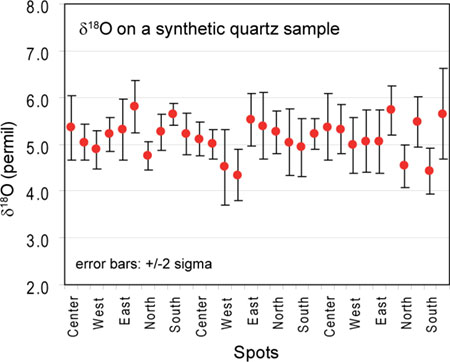 This is typically a challenging application, because of molecular interference caused by extremely close masses that can’t be separated using standard high mass resolution conditions.

To deal with this interference, the IMS 7f-GEO uses energy filters on the secondary ions and a tightly-controlled energy bandwidth. The energy distribution is narrower for polyatomic species than monoatomic species. By moving the energy slit off-axis or by applying an offset to the sample voltage, mono-atomic ions can be separated from isobaric cluster ions. 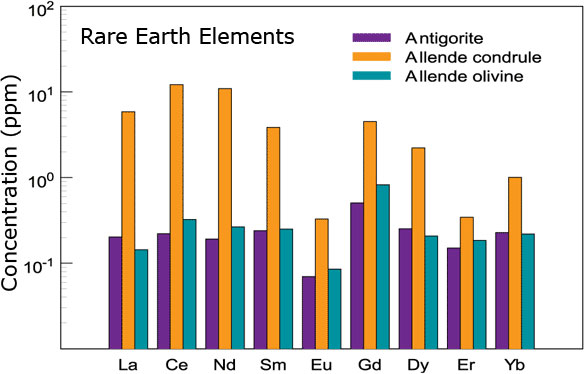 The CAMECA IMS 7f-GEO SIMS system can map major and trace species at cellular level in biological samples, with a lateral resolution reaching ~0.5 μm. This can be used investigate uranium diffusion through the skin in radiation protection.

IRSN (Institute for Radiological Protection and Nuclear Safety) in France used SIMS to characterise uranium bioaccumulation. Their research lead to a patent and the development of a decontamination cream. An active ingredient in the cream, carboxylic acid calixarene, has a high affinity for U, Pu, Am, Th, Co, Cs and Sr, prohibiting the penetration of radionuclides into the body.

Major and trace species were mapped at cellular level using the using the IMS 7f-GEO, with a lateral resolution of around 0.5 μm.

SIMS is widely recognised as the most sensitive elemental and isotopic surface analysis technique. This sensitivity achieves low detection limits for elements of interest, including heavy metals like uranium. 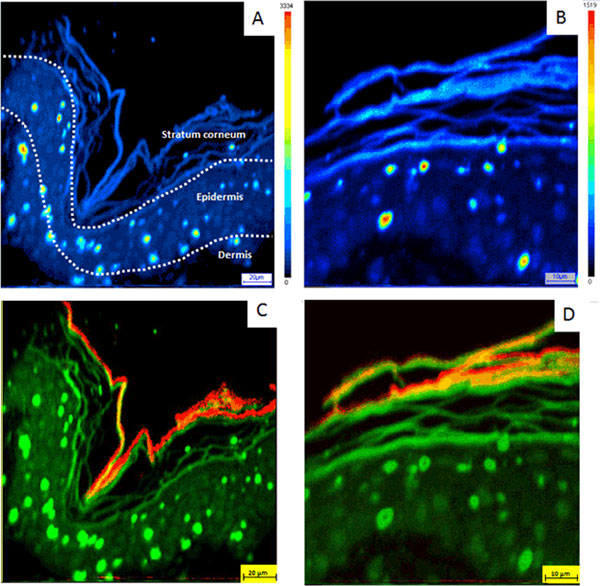 This research is featured in: